COVID-19: MediaTracks Is Ready To Help.

Our half hour public affairs shows are available on a short-term basis.

It’s no secret that Hispanic and Latino radio listeners are a growing population. According to one recent study, the Hispanic audience makes up 16.6% of the total radio audience in the United States. But more than that, it is estimated that on a weekly basis radio as a communications medium comes into contact with 97% of the Hispanic population aged 18 and up.

It would be a mistake to take these numbers for granted; there exists a huge potential here. But, in order to reach this audience – it needs to be done through message that they’re actively looking for and engaging with. There are several steps you can take to reach Hispanic and Latino listeners more effectively and one of the most effective is the audio news release.

It All Comes Down to Understanding Your Audience

First, it’s important to understand exactly what an audio news release (also referred to as an ANR) is. These are typically news stories with a 15-20 second sound bite, usually pitched during morning drive time radio hours.

MediaTracks Communications: Building a Path to the Future of Radio, Today

As an industry-leading provider of audio and radio services for the public relations industry, MediaTracks Communications understands the value of reaching a diverse audience. This is why using a Spanish language audio news release to reach Hispanic and Latino listeners is an important media outreach tool. It provides an opportunity to deliver a message that reaches a large, loyal and diverse audience.

To find out more information about how to use an Audio News Release contact MediaTracks Communications today. 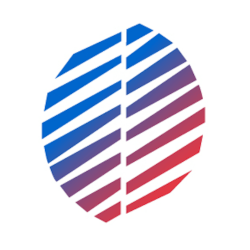 LOOKING FOR RAPID GROWTH IN YOUR PUBLIC RELATIONS CAMPAIGNS?

Join other PR Experts in receiving our FREE email newsletter: